Forest Of Thorns: A Dornwald Compilation 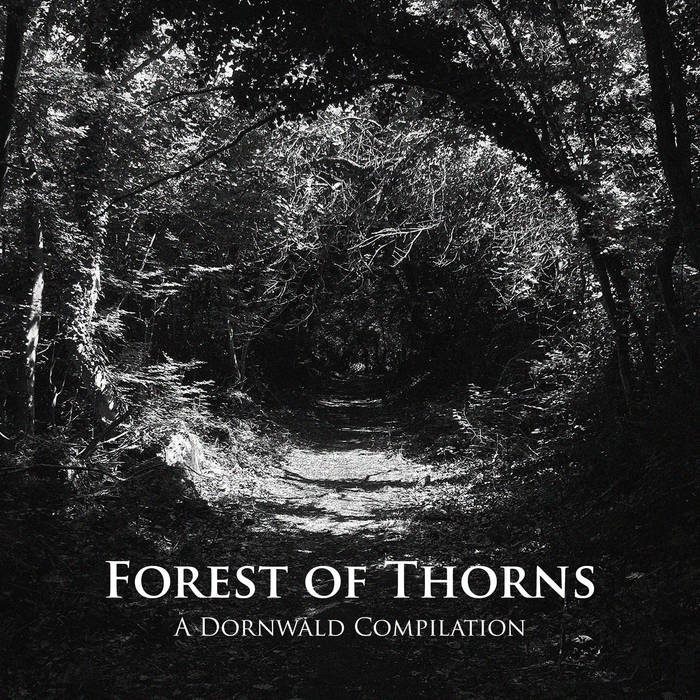 Vision Eternel has a new song out today! “Moments Of Absence” is now out on the digital Various Artists compilation “Forest Of Thorns: A Dornwald Compilation“. Released through Italian record label Dornwald Records, Vision Eternel is one of sixteen bands sharing the spotlight. This compilation showcases the record label’s dark ambient, drone and industrial projects, which might seem a bit of an odd fit for a melodic band like Vision Eternel. “Moments Of Absence” was therefore placed as an album closer on the compilation, with a soothing eight-minute ballad.

“Forest Of Thorns: A Dornwald Compilation” can be streamed and downloaded in its entirety on Bandcamp: dornwaldrec.bandcamp.com/album/dw005-forest-of-thorns-a-dornwald-compilation

This new Vision Eternel song is the third to surface from the band’s forthcoming sixth extended play recording session. The first two, “Moments Of Intimacy” and “Moments Of Intimacy (Reprise)” were made available in late November of 2018. These recordings introduce a new sound from Vision Eternel. Although still clearly melogaze in style, they are more complex and layered than Vision Eternel’s earlier compositions. This new style and direction was first present, though in small doses, on such songs as “Sometimes In Absolute Togetherness” (2012) and “Pièce No. Sept” (2015). This change has been symbolized in the spelling of the band’s name to “Vision Eternel”, omitting the acute accent over the E. Vision Eternel intends to make this spelling permanent.

To promote the new song, a nature-themed video was filmed in the Laurentian Mountains last summer and can be streamed on YouTube:
www.youtube.com/watch?v=MjPYnvd3fSI

Vision Eternel is a Canadian-American melogaze band whose musical creations focus on emotion, heartbreak and love. Melogaze, coined by founder Alexander Julien, has been described as a blend of ambient, space rock, shoegaze, post-rock and melodrama. ... more

Bandcamp Daily  your guide to the world of Bandcamp

Cannibal Corpse's George "Corpsegrinder" Fisher stops by for an interview