Feedback Through A Magnifying Glass Volume I 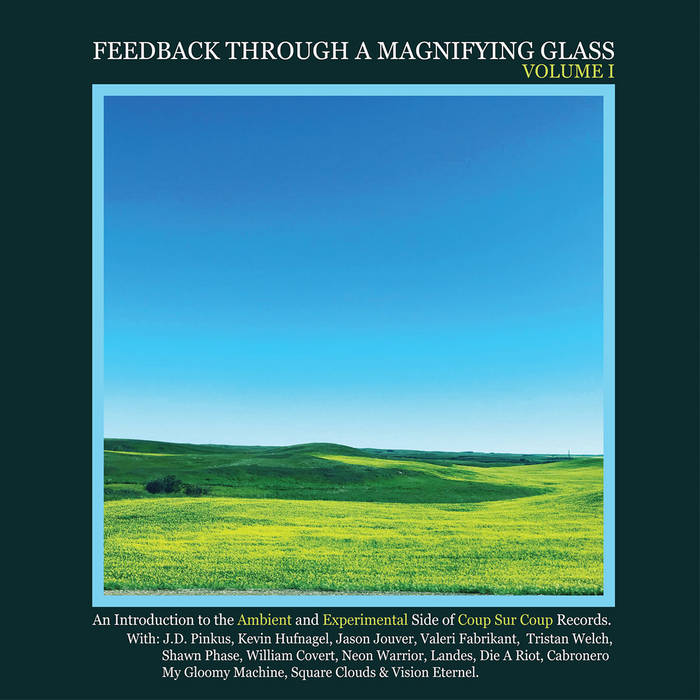 “Feedback Through A Magnifying Glass Volume I” can be streamed and downloaded in its entirety on Bandcamp: coupsurcoup.bandcamp.com/album/feedback-through-a-magnifying-glass-volume-i

This release symbolizes a new beginning for Vision Eternel after almost four years of absence. “Moments Of Intimacy” introduces a more complex and layered sound to Vision Eternel’s compositions. This new style and direction was first present, though in small doses, on such songs as “Sometimes In Absolute Togetherness” (2012) and “Pièce No. Sept” (2015). To welcome the change, the band has slightly altered the spelling of its name to “Vision Eternel”, omitting the acute accent over the E. Vision Eternel intends to make this spelling permanent.

Vision Eternel is hoping to work with Coup Sur Coup Records again in 2019. One of the possible projects includes the release of the band’s upcoming extended play on a limited edition cassette tape. “Moments Of Intimacy” is one of the many new songs composed and recorded during the studio session for Vision Eternel’s sixth extended play. More news will be published as things are finalized on the new release.

Vision Eternel is a Canadian-American melogaze band whose musical creations focus on emotion, heartbreak and love. Melogaze, coined by founder Alexander Julien, has been described as a blend of ambient, space rock, shoegaze, post-rock and melodrama. ... more

Bandcamp Daily  your guide to the world of Bandcamp

Cannibal Corpse's George "Corpsegrinder" Fisher stops by for an interview